Another response to Giving Up PEACE ON EARTH:

>> Since you printed my first response, I truly hope you will print this one as well <<

>> The original response I had to your review of the Superman: Peace on Earth comic was scathing and unkind. <<

>> I can remember superheroes when they were just that — heroes. <<

I remember that era too. But a lot of those heroes were simplistic. They needed to evolve. The best of today's heroes understand that the world is complex but soldier on anyway.

>> Having had more time to think, however, I would like to offer this response: despite whatever personal axe you or I or anyone else may have to grind, projecting real-world rules on a comic book is a little unfair, I think. <<

Who says it's unfair? Not me. I say it's unfair of comics to present a black-and-white world where the concerns of many people (the poor, minorities, Third World countries) are ignored.

>> You stated that "for the first time in 60 years, it dawns on Superman that world hunger is a problem." Well, that's hardly accurate, since many stories of both Superman and other DC comics have dealt with real-world issues. <<

They don't deal with real-world issues that often. And I don't recall Superman ever caring about world hunger before. As far as I can tell, my statement is accurate, although it may not tell the whole story.

>> (I have a great number of them, actually, being a die-hard fan of old comics — Green Arrow, particularly, was very much of an activist in the comics of the 70's) <<

The classic GREEN LANTERN/GREEN ARROW comics are the exception that proves the rule. Few comics have dealt with real-world issues to the extent those comics did.

>> Also, if Superman never noticed, that's kind of the fault of the writers and the times in which the stories were made. <<

So? We all understand he's a fictional character. My critique of the character is really a critique of the writers, editors, and publishers, obviously. They reflect our cultural mindset and put it into their comics.

>> I don't think it negates the overall premise of the story, which is one of good, ultimately. <<

I'd say the overall premise of the story is that we can't solve world hunger so we shouldn't try. We should put our heads in the sand while people suffer from starvation and malnutrition. The only thing we can or should do is plant seeds individually, which means letting millions of people die while waiting for future generations to act.

Superman doesn't use power—to help poor people
>> One of the basic premises of Superman has always been that although he has the power to reshape the world, he doesn't use it. <<

Yes, and that premise is fatally flawed. Because he does use his power to protect the interests of the middle-class citizens of Metropolis and America. He protects them while he ignores problems elsewhere.

Ergo, my conclusion that Superman spends most of his time protecting the interests of the US, not the world. When it comes to alleviating problems on a global scale, he takes a pass.

Did you read Phil Jimenez's WONDER WOMAN a few years ago? Her actions contrasted notably with Superman's. She was heavily involved in running foundations and stumping for causes, such as empowering Third World women or combatting domestic violence. Anyone with her fame and power could do the same.

For another example, see Kurt Busiek's portrayal of Samaritan in ASTRO CITY. This Superman clone spends most of the 24-hour day zooming around the world and solving problems. He doesn't spend 16 hours a day in his secret identity waiting for problems to strike his home town. In other words, he's proactive rather than reactive.

>> Superman attempted to be that light, without enforcing his will on us simply because he was more powerful. <<

He enforces his will on villains who want to overthrow the US government. What's the difference between them and rebel fighters in some African country—perhaps Liberia or the Ivory Coast? Why not protect every government from insurrection if he protects the US government?

>> That, incidentally, is what separates him from Nietzsche's 'superman' and Hitler, since that seems to also be a focus of your site. << 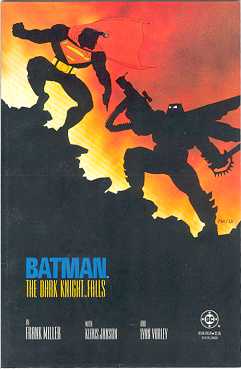 Superman is enforcing the will of America's white, Christian, capitalist system by ignoring crimes against the poor, consumers, labor unions, the environment, etc. He may stop LexCorp if it does something shady, but he never intervenes in cases pitting real corporations against the public. He's essentially a stooge of the military-industrial complex—something Batman rightly accused him of in DARK KNIGHT RETURNS.

>> As for not fighting for the little guy — have you read a number of the comics from the 30's and 40's? Superman fought primarily for the little guy — the helpless, the powerless — the wife being beaten by her husband, the child by their parents. Again — time and social changes changed the stories. <<

Yes, I've read them. That was then and this is now. Besides, he mostly fought for the white, middle-class citizens of Metropolis, which bolsters my point. A true humanitarian would spend most of his time in Third World countries, since that's where most of the problems are.

For a similar discussion see Bruce Wayne vs. Bill Gates:  Who's the Hero?.

>> As to "Peace on Earth," what I think is the most disappointing is that in projecting whatever problems you have with the state of the world and America in particular <<

"Projecting"? World hunger is a real, documented problem, not some figment of a liberal's imagination. The fact that you'd phrase it this way is revealing. You think world hunger is "my" problem, not an actual problem facing the planet's people.

What's the point of PEACE ON EARTH?
>> you have totally missed the points of the story — hope, and the realization that in order to stop world hunger we all HAVE to work together. <<

Superman may have given readers of PEACE ON EARTH hope. But how has he given the characters in PEACE ON EARTH hope? All they've seen is him abandoning the cause after a few minor setbacks. They don't know he's continuing the "fight" by teaching farming skills to kids (American kids, of course).

For more on the parable of teaching a man to fish, see Blaming the Victim.

>> It doesn't matter our creed, color, race, religion — it's a problem we all face, and one that not even a Superman can fix. <<

Can't he? He gave up rather easily after someone poisoned his grain. How hard would it be to scan the grain with his super-senses, or commission someone to build a grain-testing machine? For every obstacle you could invent, I could come up with a way around it. Superman should be capable of doing the same.

>> That was the point. We have to make a difference individually and solve the problem as a whole, not have someone hand us a response. <<

Hence Wonder Woman's approach of starting programs to teach people around the world how to raise crops and run businesses. Why isn't Superman taking that approach if he cares about the world's people?

>> Superman realized it in the story, and we need to as well. At least he offers hope <<

He offers "hope" to children who grow up and implement the skills he's teaching. He offers nothing to the black and brown children dying of hunger today. That's my point and the point you've missed.

>> Again, I'm sorry for the rudeness of my previous email; I definitely do not, however, and I believe most would not, agree that Superman is an "elitist ilk" who decides who lives and dies. <<

Then they haven't thought about the issue as deeply as I have. Fact is, he is ignoring the problems of most of the world. People in poor countries are dying while Superman prevents bank robberies and plane crashes in the US. Read the comics and tell me who he's protecting most of the time: Americans or others.

>> He isn't real, after all — he can only do what the writers allow him to — and world hunger has become a hot button issue only recently. <<

I'd say hunger dawned as an issue for the West with the plight of Biafra in the 1970s. Marvel did its HEROES FOR HUNGER comic 15 or 20 years ago. DC and Superman are Johnny-come-latelys to the issue.

And why have DC and Superman addressed the issue only recently? Because they reflect an American sense of privilege and entitlement. Our people, places, and things are what matter, not anyone else's.

>> Paul Dini also did a story called "Shazam: The power of Hope" — will you criticize him because Captain Marvel never dealt with abused children before now? <<

No. For starters, Captain Marvel is a boy in a man's body. He doesn't have the depth to tackle largescale problems.

Also, only a few heroes—in the DC Universe, they include Superman, Batman, Wonder Woman, Green Lantern, and Flash—have the resources to tackle these problems. Despite his great strength, I wouldn't put Captain Marvel in the same class. 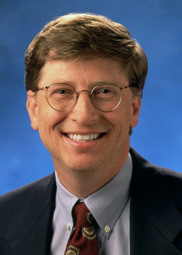 Major heroes should tackle major problems
Similarly, I wouldn't expect Hawkman, Atom, or Black Canary to tackle largescale problems. There's only so much a "normal" superhero can do.

In addition, domestic abuse is a problem best left to police officers and social workers. While Captain Marvel is spending his time helping one or two abuse victims, he could be helping thousands by building a dam or planting a forest. A champion of the people should expand his vision to equal his abilities.

Thanks for your comments!

A correspondent replies (7/12/06)
"Anonymous" responds to the above:

A whiff of racism? Not. The US is something like 70% white. Many Third World countries are something like 98% nonwhite. They also have many more problems than the US: droughts, plagues, civil wars, etc. Guess where Superman spends most of his time.

Your statistics on race—a controversial subject, to be sure—are way off. There are only about a billion Caucasians total. Since most live in the US and Europe, they're relatively well off. If you assume 20% of them live in poverty, that's only 200 million people, not a billion.

Since unions rarely go on strike, attacking scabs is an extremely small part of their business. A much larger part is fighting companies that violate wage and safety laws. And fighting the government for not enforcing those laws.

By the way, how often has Superman stopped a fire or flood when that's nature's way of renewing itself? Did he ever check with ecologists to determine if his actions were environmentally sound? No, of course not.

I addressed the issue of giving superheroes credit for saving the world in The Seminal Moment in GREEN LANTERN #76. Check it out.

Yes, it's too bad Superman, Wonder Woman, Aquaman, Hawkman, the Martian Manhunter (the original John Jones, anyway), and most of the Legion of Super-Heroes look like WASPs, even though they come from foreign or alien cultures. Hmm. Could that be a problem? Yes, I think it could.