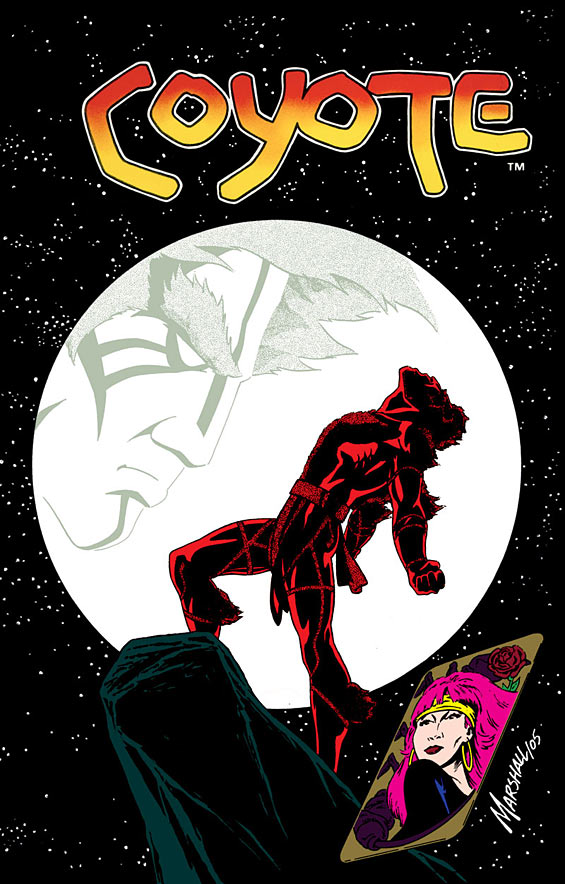 Some notes on a noteworthy comic book from the 1980s:

Rob's comment
COYOTE started off well, although it eventually veered into incomprehensibility. I especially loved the artwork by Marshall Rogers. It was detailed yet uncluttered...told elaborate sequences crisply and cleanly.

The first issues offer a primer on how to do rich, story-oriented comics. But when Englehart talks about Coyote's origin, something's off. He claims Coyote has a Native background, but there's no evidence of it in the comics. Coyote is a Native-like trickster, but as I recall, there's no mention of an actual Indian connection.

This is bolstered by Coyote's self-identification as Sly Santangelo, a Latin-style lothario. Englehart may have intended to give him a Native origin, or implied such an origin, but he didn't do it explicitly. Coyote could've been the premier Indian trickster in comics, but instead he's a pseudo-Indian trickster.