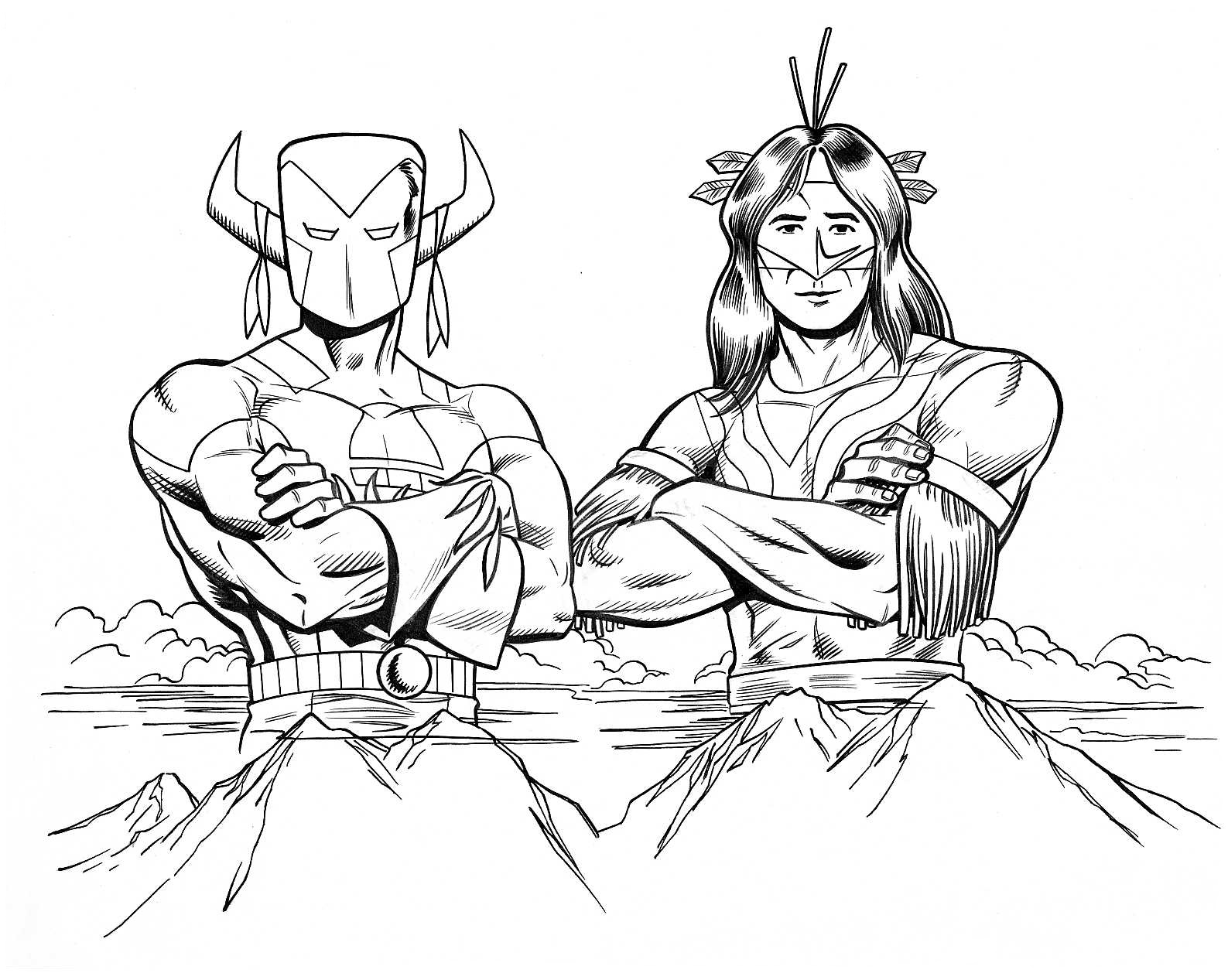 The newest thing to hit the comic book shelves this summer is a publication about Native American superheroes.

"Peace Party," a bold new series from Blue Corn Comics, is dazzling readers with its fast-paced mix of action, humor, and intelligence.

"Peace Party" is the story of two young Indians, modeled after members of the Pueblo tribes, who are chosen by the gods to become superheroes. It portrays Native people as they are today, free from myths and stereotypes.

With storylines ranging from prejudice and pollution to supervillains and the supernatural, "Peace Party" is tapping into

A portion of the profits from sales of the comic book have been designated for Native organizations such as the American Indian College Fund.

For more information, check out the web site at http://www.bluecorncomics.com [formerly http://members.xoom.com/peaceparty].