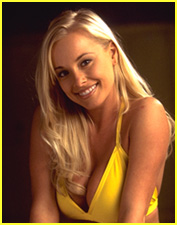 an Indian crying at the ruination of nature.

Apparently the skit was done by an Indian staff member of the show and a little girl. Does that make it okay? I don't know, just asking. <<

It's fine with me, and I suspect it would be fine with many Native people, who have a well-developed sense of humor. Both Leno and Stern pick on tens of thousands of targets a year, but the difference is this. Few of Leno's targets are Indians. Maybe half of Stern's targets are women, minorities, or gays. Stern thought Native people were "deserving" enough to merit mockery on the fourth episode of his cable show, which shows where his priorities are.