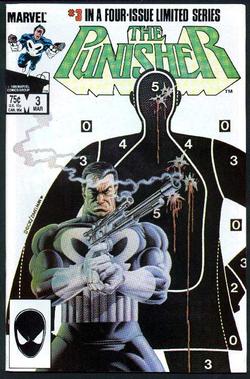 >> Thanks for the review, I think I'll actually use it as a column since it deals more of larger issues than the actual quality of the comic book <<

I dealt with the quality of the general themes and concepts more than the specific words and pictures. It's a legitimate area of criticism.

>> (are you sometimes actually able to simply enjoy something without thinking of metaphysical repercussions? :) <<

Sure, if it's good. Unfortunately, my imagination of how a story could be better usually outstrips how good it actually is.

C'mon, look at all the comics I don't review, one way or another. Almost all of them, basically. When I write one review, does that mean I can't read any comics for pleasure? I don't think so.

You disagree with what...the entire psychological profession? Are there any other scientific or medical professions you think you know more than? <g>

What do you say to the fact that the Columbine killers filmed themselves talking about their movie influences? Were they just pretending that movies influenced them? Uh-huh, sure they were.

>> I think it would be nice to hook you up with someone who's opinion is opposite (there's bound to be some) and arrange a little debate for a follow-up column. <<

There's bound to be many. Your predecessor on PEACE PARTY is one. The Punisher used to be a popular guy and may still be. It's not as if PEACE PARTY has made readers forget him, right?