Blaming the victim for racism
"Blaming the victim" comes up frequently in Indian Country. For instance, when someone notes the insufficient and unequal funding of government programs. Or when someone protests a stereotypical sports mascot. These couldn't possibly be examples of America's racist attitude toward people of color. Indians must be playing the "race card," assuaging their feelngs by pretending to be victims, enriching themselves by fanning the flames of the "grievance industry."

The following essay effectively demolishes such claims. Though it refers primarily to whites and blacks, it clearly applies to other minorities as well. White people blame the victim because they're in denial about their own racism.

See Systemic, Not Aberrant for more on structural racism and white privilege.

Helping whites while blaming blacks
The idea that minorities are responsible for their own poverty goes way back—to the Civil War, at least. As soon as the slaves were free, whites began blaming them for not becoming middle-class paragons of virtue.

You gotta love the part where demographer Hoffman believed blacks had a level playing field after the Civil War. What a joke that turned out to be. 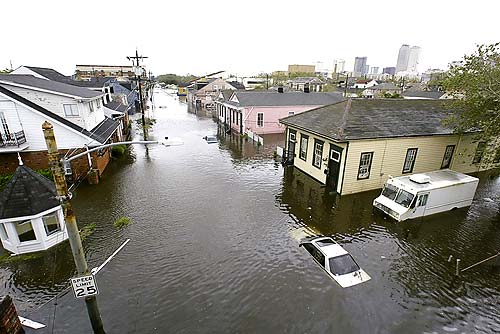 Blaming the victim for poverty
Hurricane Katrina showed us how the American mindset works. Rather than solve problems collectively, as most societies do, we blamed the victims for failing to help themselves. It was an example of our hyper-individualism, our culture of greed and selfishness, at work.

You can see good examples of blaming Indians for being victims in Indians as Welfare Recipients and The "Outdated" Reservation System. Poverty exists in urban centers and in rural towns, but Indians are to blame because many of their reservations remain poor also. Rich white people who inherit their status and privilege make it in our society, so why can't poor people do it too?

Charles Trimble's views
Giago on Trimble's victimhood
Trimble on victimhood
Mile Post 398 and poor Indians
Trimble to Indians:  Get over it
Jobs and homes needed
Looking for Native Cosby?

Readers respond
"Poverty is a mindset, not a condition. Poor people have poor attitudes and poor values."