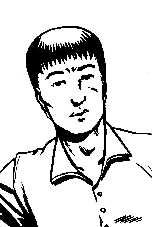 Peace Party, a new comic book with Native American super heroes was released this summer and according to its creator, the comic relays positive messages about peace and non-violence.

Its creator, Rob Schmidt, wanted to create a comic book steeped in a culture of non-violence.

The two heroes in the comic are Drew, a reservation-raised Native and Billy, a Native lawyer, cousins with varied backgrounds who are thrown together after a visit [from] a supernatural being. They have powers too but not the ones we traditionally think of. They don't shoot lasers from their fingertips or shrink to the size of a pea; they do however, use nature and the elements to combat evil.

Schmidt says the heroes, modeled after members of the Southwest Pueblo tribes, try to balance their traditional teachings with the fast-paced, often cruel times of the modern world.

According to a story in the LA Times, Steve Russell, a Cherokee, and a social and political sciences professor at the University of Texas who served as an advisor, [says] the comic sends a positive message to not only Native children but white kids who might not know anything about Native culture.